What's your number? Everything you need to know about pay gap analysis

This year, all Norwegian businesses with 50 or more employees had to publish a gender pay gap analysis as part of the activity and reporting obligation (“Aktivitets og redegjørelsesplikten” or ARP). Pay gap analysis is a critical component of all equality and diversity reporting globally, since equal pay is a very concrete target, that also tells us more about equality in an organisation than one might assume at first glance. 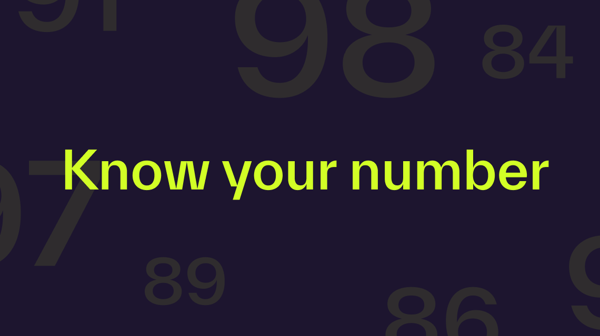 In this article, we explain the basics of understanding and getting started with gender pay gap analysis

As an employer, why should you consider doing a pay gap analysis?

A general consensus has been reached of the importance of effectively measuring diversity, inclusion and equality (DEI) performance in order to translate good intentions into achieving real results - what is measured gets done. However, there is still a long way from theory to practice. For many it can be difficult and overwhelming to know where to start. One of the biggest pitfalls we see delaying equality, diversity and inclusion work are long internal discussions about what it is, or what it means for your specific business. All our experience shows that the organisations who succeed are those who prioritise getting started with concrete actions - with this pay gap analysis you have taken the first step.
[Les siden på norsk]

How do we measure your number?

We have built a free pay gap analysis tool, which makes it easy for businesses to get started with understanding their pay gap. It requires anonymous data points - the (legal) gender and salary of each employee, which is data every employer has. We calculate your overall pay gap, by comparing what your female employees earn on average compared to your male employees. The vast majority of businesses have a pay gap when calculated this way - in Norway, women earn on average NOK 87 for every NOK 100 men earn (link in Norwegian, SSB, 2021). This figure is what we refer to as "your number".
We also calculate the gender pay gap using salary quartiles. The highest quartile represents the 25% of employees in the business with the highest salary, followed by the quarter with the second highest salary,  and the quarter with the second lowest salary next, and finally the quarter with the lowest salary.

What do the numbers tell us about?

Often, the first thing you might think is that pay is complicated, that you require many more data points to say something in-depth about whether there is actually a gender pay gap and the specific reasons causing it in your organisation. While this is of course correct to a degree, the figures we provide in this analysis are able to tell us much more about structural equality and diversity in your business than you might presume at first glance.
If your company’s pay gap number is similar to, or lower than the Norwegian average of 87 (and statistically, the majority of Norwegian companies will have a pay gap in this range) we can determine that this is due to one of two common reasons:
i) You pay differently for the same work, or work of equal value. In other words, one gender (usually men) gets paid more for the same job.
OR
ii) You pay equal pay for equal work, but structurally, there is a gender imbalance in your business, which results in one gender (usually men) being over-represented in higher paid positions, and another gender (usually women) being over-represented in lower paid positions.
Most people will be concerned that they provide equal pay for work of equal value, which is a good goal to reach. However you can still achieve this objective, and still not have a number that equals 100. This means you still have biassed structures causing a gender imbalance and which you need to work with over time.
Your number becomes a simple measure of how successful you will be with achieving pay equity in the future. Therefore, it’s a metric that business leaders- such as board members, senior management, HR employees and other relevant positions in your business- should always know, just like any other performance KPI. You should know your number, just like you know your gross profit or sales targets.
In reality, most businesses that dig deeper into their figures will discover most often that it’s a combination of the two reasons causing their gender pay gap

Understanding the causes of pay gaps

No company intends to pay different wages for equal work. Nevertheless, several studies show this actually occurs more often than we think. Data from the Norwegian Centre for Research on Gender Equality (Core) shows that 45% of the average wage gap nationally can be explained (link in Norwegian) by the fact that women are in occupational groups that are poorly paid. Fifty-five percent of the difference can’t simply be explained by differences in job positions (traditionally male-dominated roles are often higher paid), or differences in full or part-time roles (women are statically more likely to work less than 100%).
The most common reasons why different pay for equal work occurs are:
The reason why several companies have different pay for equal work, despite intending to, is a combination of unconscious bias and the absence of systematic pay analysis to be able to identify when unconscious bias is occurring. Many businesses are thus surprised to discover they don't actually pay equal pay for equal work when they start crunching the data.


2) You offer equal pay for equal work, but have more men in higher paying positions:

Many companies do pay equal pay for equal work, but have structural biases that result in unequal opportunities for men to earn more than women. The most common reasons that contribute to structural pay gaps are:
In such scenarios, the company will be able to say, quite correctly, that they provide equal pay for equal work. However, they can’t claim to have achieved true pay equity, due to structural discrimination meaning women have lower compensation than men. An important common denominator for why the structural pay gap occurs is that women are still burdened with the primary responsibility for unpaid domestic work, such as childcare and housework. According to recent research into Norwegian business trends from Core, and carried out in collaboration with Equality Check, the career gap between women and men mainly arises after having children, when women's careers and salaries slow down to a much greater extent than men's.
It is the employer's responsibility to ensure that employees are paid equally for work of equal value. This is only possible if you work systematically with equal opportunities over time.

What's the next step?

i) Keep control of your number - complete a simple salary analysis with our free Gender pay gap reporting tool:
#KnowYourNumber: the first thing you need to do to move forward is to know what your number actually is. As long as this number is below 100, which it will be for the vast majority, your business must work systematically with equality and diversity, to achieve pay equity. This figure can be used as a simple measure of your progress from year to year. When you’ve completed your analysis, you can download the report presentation to use as a framework for internal discussions in your business.
ii) Aktivitets og redegjørelsesplikten (ARP) - an extended salary analysis
In Norway, starting in the financial reporting year 2021, all public enterprises and all private enterprises with 50 or more employees must document how they work systematically with equality and diversity in their organisation. The law requires businesses to map out and report publicly on their pay gap, together with a number of other equality parameters. The report also includes a written statement describing current workplace equality and diversity performance and activities.
ARP is a useful tool for working systematically with equal pay and workplace equality. Once you’ve completed your free pay gap analysis, you’re already well underway with meeting the ARP reporting standards, as you can reuse the same data and reporting structure by upgrading to Equality Check’s Compliance solution. As an end-to-end reporting tool, it’s been purpose-built for ARP-reporting, and our customers report a reduction in total reporting time of 40% compared to not using the tool.
Remember, very few businesses have a figure of 100. The most important thing for working with pay equality is to be transparent about your figure, have a good overview of the data, and to work systematically over time so that next year, you can show a figure that is a little closer to 100. 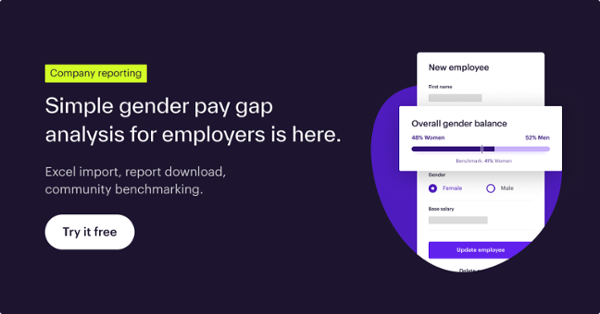