Is coming out really still such a big deal at work?

Over the past one or two decades, the corporate world has played an important supporting role in advocating for LGTBQ+ issues. As many companies celebrate Pride month this June, there's still more that they can do to create more inclusive workplaces. 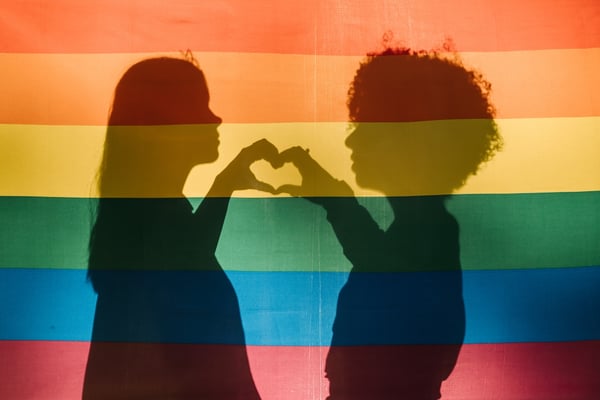 These days, brands are increasingly incorporating support for LGBTQ+ inclusivity and representation into visible corporate practices in areas such as recruitment, employee resource groups, and marketing initiatives. In the US, a record 206 corporations signed an amicus brief advocating for the Supreme Court’s June 2020 decision protecting LGBTQ+ individuals from workplace discrimination.

Here in Norway, the national postal service, Posten, made a global impression with their Christmas 2021 campaign, When Harry Met Santa, featuring Santa Claus falling in love with another man. And it seems this year like more companies than not are celebrating Pride month this June, with LinkedIn feeds currently a kaleidoscope of rainbows and brand logos.

So as a straight, CIS-gendered employee who considers themselves progressive, and sees that sentiment in nearly all of their peers, I often hear other straight people pose the question of why someone’s sexuality is still a talking point; surely in 2022, coming out at work is not a big deal they ask, or at least it shouldn’t be, they observe.

And I want to agree with that sentiment, I really do.

Surely coming out at work these days is not a big deal in all but the most conservative companies and industries?

Not always, and not for everyone. But yes, for some, it is. Here’s the rub, coming out is a personal decision, but one that’s intrinsically wrapped up in a complicated, wider context of what it means to belong to a historically marginalised group.

However well intentioned it is, when a straight person aks why it’s A Big Deal, and then follows up with it’s not, or at least it shouldn’t be, it often feels like there’s an unconscious implication attached - “as a straight person, your sexuality and identity don’t bother me/us, why don’t you trust me/us enough to share it?”But why should people in the LGBTQ+ community trust that visibility in every part of their life will go well for them? There’s quite a lot of historical evidence that it won’t.

Is your sexual identity relevant to your professional identity? What do you think Rebel Wilson would say?

Probably not if you’re straight. But even now, we can see the very recent press kerfuffle over Hollywood actor, Rebel Wilson. She came out on Instagram before an Australian newspaper did it for her.

Now, Hollywood is often seen as a progressive industry; and at this point I’m not arguing that (many) people were scandalised by someone no longer being straight; but it’s just a reality that sexual identity can still be complicated, even in very supportive workplaces, for reasons that go far beyond how accepting individual straight coworkers might be.

Obviously, not everyone’s job involves having the press speculate on their dating life, but the implications for Wilson’s personal brand, which is essentially her job, are still real - will it impact the scripts she’s offered, which brands want to associate with her and how, assumptions studios will now make about which audience demographics she will appeal to (these assumptions may very well be true, rightly or wrongly).

What team sports can tell us about “ individual” inclusivity at work

Another recent example is English professional football player, Jake Daniels. As a 17-year old Championship player, Jake is hardly a household name, but his announcement made headlines across the world. And it’s hardly surprising, he is the first active British professional footballer to come out since Justin Fashanu all the way back in 1990 (in case you’re not familiar with the story, it ended tragically for Fashanu. After being shunned by the game, he committed suicide in 1998).

Now, professional men’s football game has been working with diversity and inclusivity for decades. Yet, LGBTQ+ visibility in men’s professional football is virtually non-existent (the women’s game is a different matter). Beyond Jake Daniels and Australian player, Josh Cavallo (he also came out in October 2021), plus a smattering of ex players who only came out after retiring from the game, the world’s most watched mainstream sport has no big name stars, and hardly anyone at all publicly out.

While media responses were mostly overwhelmingly supportive of both players in 2022, the fact is, significant elements of the coverage was celebrating the bravery of a 17 year-old and a 21-year old in being trailblazers.

FIFA, the world governing body of football, talks up their credentials when it comes to diversity and inclusion. But the men’s 2022 World Cup is still being hosted in a country where being LGBTQ+ is still illegal and very much stigmatised. If I was a LGBTQ+ player, three words would spring to mind, “hostile”, “working” and “environment”.

Coming out in professional men's football is a big deal, simply because it Does. Not. Happen. Not historically, and not now. Football is just another (high profile) example where the emphasis is placed on individuals, the ones who are part of the marginalised or discriminated group, to take on the mantle of visibility and include themselves, rather than industries and organisations focusing on creating working cultures that are truly inclusive.

It's not just anecdotes. Data shows the negative impact that being LGBTQ+ can have on your career

2021 data from McKinsey clearly indicates that LGBTQ+ employees are consistently underrepresented in corporate America. In the US, 5.1% of the female population identifies as LGBTQ+. But in corporate America, LGBTQ+ women make up only 2.3% of entry level positions, dropping off to 1.6% for managers, and even further for senior executive and boardroom roles. The numbers for LGTBQ+ men tell a similar story.

In the UK, data from Stonewall in 2018 showed that more than a third of LGTBQ+ employees in the UK (35%) have hidden the fact that they are LGBTQ+ because they fear discrimination in the workplace.

Which is to say, many factors influence the choice to come out at work or not.

LGBTQ+ employees are not a homogeneous group. Coming out covers a wide range of personal experiences, and as mentioned earlier, this is usually entwined with wider social and cultural histories.

For some people, coming out tin their private life was a happy and joyous occasion; for others it was traumatic, bringing pain and rejection, and a lack of understanding. And whether it was positive, negative, or somewhere in between, the chances are, there was significant time beforehand spent worrying about how coming out would play out. Very often, the prospect of coming out at work can feel like having to come out all over again.

I think it’s a pretty safe premise to say that discrimination, both explicit and unconscious biases exist in the world when it comes to LGBTQ+ people. As a member of this group, I may not think my sexual identity is a big deal, and I may even know that many of my coworkers don’t see it as a big deal. But I can’t be sure of everyone I encounter in my professional life; and even if individuals are supportive and caring, what if there’s unconscious and structural bias in my workplace? Do I really want to expend valuable mental energy on anticipating where troubled waters may lie and trying to navigate through them, instead of just doing my job and advancing my career?

These days people change jobs fairly frequently. Do I have to come out again, every single time?

What if my sexual identity happens to come up in a job interview? Will it impact my chances of getting the job? Will I ever know if that was the reason?

Yes, increased visibility helps to normalise and break down stereotypes, and I may feel proud and happy to contribute towards this. But it’s a deeply personal decision, and one that always gets framed in terms of the wider context beyond my own personal choice.

Am I the only out gay man, bi-woman, etc at work? As a result, do I want to become the default representative or advocate at work, educating leadership and straight people on what “we” need? Do I want to be the one at the Christmas party dealing with tipsy colleagues innocently asking the bedroom questions they’ve always wanted to know but were too afraid to ask? Am I putting undue pressure on other employees to be out and OK with it? I have to constantly solve the equation of which could cost me more: hiding part of my identity at work and the toll on mental well-being that can take; or being out and dealing with unknown consequences for me and any other LGBTQ+ people in the team.

Do you need help understanding how to build fair and inclusive workplaces for all? Get in touch with us. 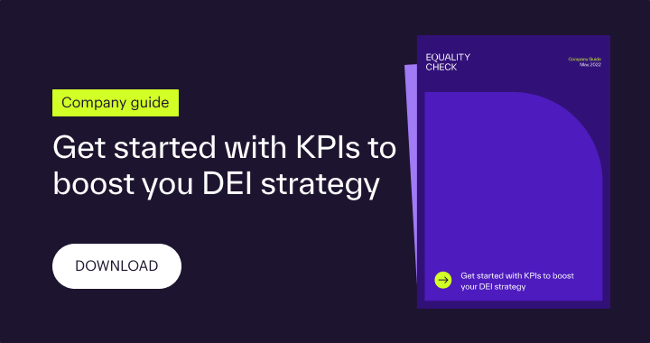 How to use compensation programs to improve workplace DEI performance

Watch: The Nordic DEI Paradox - Not So Paradoxical?