Why are there so few women in VFX? 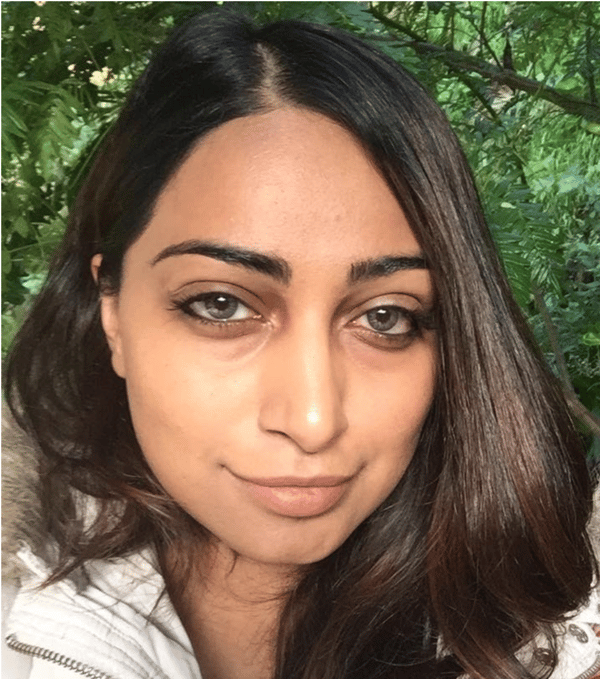 In Hollywood today, Visual Effects (VFX) are integral to the magic of movie-making. Year after year Marvel and DC compete to showcase their newest, most innovative characters, creatures, and worlds, pushing the technical skills of VFX artists around the world. So, in such a booming industry with so many exciting opportunities out there, why are there so few women? Statistics show that among UK VFX artists, only 27% are women, and just 19% are people of colour. Sitting in that intersection is Senior VFX Artist Amy Thomas.

Thomas has worked with some of the biggest VFX houses around the world. She’s turned her attention to a range of projects including Avengers: Endgame, The Hobbit Trilogy, as well as Dawn of the Planet of the Apes. Even while working on such huge projects, Thomas explains that oftentimes she’s been the only woman, and woman of colour in the room: “I never wanted to be ‘one of the boys’, so I’d often find it hard to find a mentor - and I think that affected my progress a lot in the early years of my career.”

Today, Thomas shares her thoughts on what keeps women out of VFX and offers her advice for young women who would like to follow in her footsteps.

How did you get started in VFX?

I wasn’t formally trained as a Creature Technical Director. I graduated as an Electronics Engineer and started my career in stop motion animation. After university I did a 3D course focused around game development and started as an intern for an independent filmmaker on a sci-fi project that never made the screen. I wore every hat imaginable on that job, from a 3D generalist to a VFX producer. It gave me enough credibility to get my first proper industry job at Weta Digital in New Zealand in the area I was most keen to be a part of - Creature Tech - and since then I have worked in some of the most prominent VFX houses around the world.

What are some of your favourite projects you’ve worked on?

That’s tough to answer, as working on a project can reward you in different ways. Sometimes it’s the work itself, either it’s a hot IP or something challenging that presents a learning or career growth opportunity. Sometimes it’s the people that I work with on a project that make it enjoyable. Based on those aspects some of my favourites were  AMC’s The Terror, Man of Steel, Avengers: Endgame, Dawn of the Planet of the Apes, The Hobbit Trilogy & more recently Jurassic World: Dominion

Growing up and throughout your career, do you feel you’ve had visible role models of women working in VFX?

Unfortunately, no. When I started in the industry there were what felt like a handful of women, and most of them left VFX as they approached their mid-30’s, or left the companies I worked in. Until the last couple of years I was often the only woman, and certainly woman of colour in a room. Not having people before me meant I did not have a frame of reference as to what I could push back on. I’m not wired to be compliant, but forced myself to be as agreeable as possible, while at the same time trying to move up the ladder in a boys club without losing my individuality. I never wanted to be ‘one of the boys’, so I’d often find it hard to find a mentor - and I think that affected my progress a lot in the early years of my career.

Did you ever find, or currently find, the lack of women in VFX discouraging or demotivating?

When girls that I started with left their VFX jobs permanently to start families, I was happy for them but I did sometimes wonder if that was the natural life cycle for women in VFX. Coming from a patriarchal society myself and constant pressure from family to stop fooling around and settle down, it took a lot of effort to shut those voices out and trust the process and keep following my aspirations. I am so glad I did, I would have loved for there to have been someone for me to look up to, so that I could assure myself it would all be okay. Hopefully that will be easier for the generation following me.

Do you feel that you’ve been approached differently in your career because of your identity?

Yes. Sometimes pretty blatant sexism, but sometimes in career-harming microaggressions. Like I said, I did not have a frame of reference. I was operating in environments where the rules were mostly compete or die, sink or swim. I did the best I could without losing myself and as I’ve progressed over the years I’ve had more clarity about these transgressions which has sort of made me want to be more active in pushing change in the industry.

In your opinion, why are there so few female VFX artists, especially in supervisory roles?

There are two factors, the first one being VFX has the same issues as the tech industry in that very few women actually think of it as a career option, and with those that do very few actually join the workforce. So we’ve now had decades of men sitting in supervisory positions. The second issue is many VFX employees feel alienated by a work-life characterised by inflexible short term employment contracts and long working hours. This is leading to burnout and a steady loss of talent. For women in particular this environment is not attractive, especially as they progress up the ladder and want to start a family. For me to progress, I have had to chase work around the world and in several companies and there still isn’t a clear pathway. So a lot of women reach senior positions then quit due to burnout or a lack of support.

What are the biggest challenges or barriers women are faced with when entering into and trying to progress in VFX?

Until recently there was no awareness, let alone understanding of women’s needs in a workplace. The best you’d get is free tampons in the toilet and maybe a pat on the back for being a woman in VFX in some sort of official publication. Since the Black Lives Matter protests of 2020, however, I can see companies making a bit more of an effort to reverse this via affirmative action and changes to the working environment for underrepresented groups as well as women to ensure it’s supportive and coming down hard on things like bullying and  sexual harassment.

Do you have any thoughts on how this could be addressed?

I strongly believe in affirmative action, that is making a clear effort to hire competent and qualified female and minority artists, and then ensuring the environment is supportive and fosters their growth. This is no easy task, but generally I think environments where collaboration and information sharing is encouraged are amazing starting points. Women also need to lift up and look after other women. I believe that women will change the state of the industry for all, not just for themselves.

Do you feel hopeful for the future of women working in VFX?

Absolutely. The girls coming out of school these days are miles ahead of where I was when I started. So that’s a great start - and confidence boost. The curriculums in universities currently are very well put together by industry veterans which means that artists can pretty much start on the job from day one and have a much shorter learning curve. I find this very encouraging for the next generation.

What advice would you give to young women who want to go into VFX?

VFX is so varied and complicated that before you invest yourself into it, it's best to read and watch as much information about the industry and the various departments to get an idea of what you would like to specialise in. Use that as an anchor point for progression, but also try to learn as much as you can about other disciplines. A good university course should set you up with the basics, and as you progress you will realise what you enjoy doing the most. Oh, and definitely learn object oriented programming - it will save your butt! Most importantly remember VFX is, at the end of the day, all about problem solving and adapting. Tech changes constantly, as does the type of work you might find yourself doing. Anyone who got anywhere in VFX did it by solving problems presented to them step by step, even if they did not know how. Being in a supportive environment makes this journey less painful, so do be picky about which company you choose to invest your time - ask questions related to wellbeing and collaboration during the interview process.

Do you have any resources you could recommend to aspiring VFX artists?

For a rough idea of career roles in VFX: https://www.screenskills.com/media/4381/vfx-cmyk-2021-master-inclusive-web.pdf

https://discover.therookies.co/ - Is a great resource for all things CG and VFX, including building a network and finding out which universities are the best etc.

I love the Corridor crew and their work, it’s such a fun resource to watch and great for VFX newbies : https://www.youtube.com/user/samandniko

And if you are based in the UK, finding networks like Animated Women UK (AWUK),  Screenskills &  Women in Film & TV (WFTV) can help connect you with mentors.

Lastly, the #SeenAndHeard campaign is designed to use Equality Check’s platform to offer people a safe and anonymous way to speak out against inequality at work in an industry where that’s often very difficult to do. Do you have any thoughts on the campaign and its potential to help?

Firstly, thank you for creating this wonderful campaign and a website like Equality Check. This is such a great initiative and another wonderful avenue to have these matters continuously discussed. I would encourage bringing more male and diverse allies into the fold, because wellbeing isn’t just a women’s issue. I would love to see focused initiatives being discussed and normalised like period day leave for example, support and care for parents, and mental health issues arising from being in low diversity environments. Hopefully this will raise awareness for more companies to make smarter management decisions to best support their employees.

In the past it has been impossible to speak out against inequality at work. Help Equality Check change that by taking 2 minutes to leave an anonymous review of your workplace. Your voice is powerful. Be #SeenAndHeard

Cecilia has a double first in English Language & Literature from the University of Oxford. Before joining Equality Check, Cecilia co-founded an award-winning film production group and worked at the Oxford University Filmmaking Foundation. Cecilia has a long-held passion for ED&I and hopes that her work at Equality Check will have a lasting impact on creating equal opportunities for the UK workforce.

Equality Check confirmed to speak at the Nordic Innovation Summit 2022