What keeps women out of the director’s chair 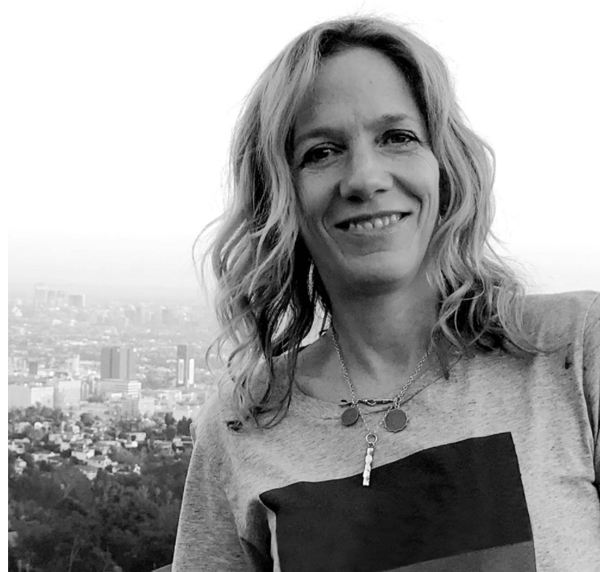 Zoe Dobson is a Bafta winning and double Emmy nominated director of TV and film. Starting out as a BBC music researcher, making cups of tea for the likes of Suede and Nick Cave, she has directed and produced several engaging documentaries around music and art, pursuing questions like ‘Why do we Dance?’.

Despite having been recognised for her work on the award circuits (having won over 30 awards for her 2019 short ‘The Cunning Man’), Zoe observes that when it comes to getting work and being paid for what she does, she’s often behind her male counterparts.

Statistics show that the ratio of female to male directors in the UK and beyond is significantly low, Zoe’s success putting her in the 11% of UK directors who are female. As part of our #SeenAndHeard campaign for gender equality in the arts, I spoke to Zoe to learn more about her experience and the challenges women face when trying to make it to the director’s chair. And in an effort to fight against the systemic sexism that she has faced in her own career, Zoe also shares with us some advice for young female directors.

How did you get started in tv/film and directing?

I started out as a researcher at DEF II, BBC2’s youth strand, headed up by Janet Street Porter. It was the best introduction to TV I could have had. Unusually for the time, all the executives were women and there was a real energy and buzz to the department. Magenta Devine was presenting a lot of the content and she was definitely an early role model for me. She was a strong, intelligent woman who didn’t pander to female presenter stereotypes.

By my third researcher role, I started to bother my exec for a director role. It was a long running T4 (Channel Four Youth strand) so after I’d worked on a couple of series, to shut me up, my boss gave me a couple of stories to direct. One of which was included in the episode that won an Emmy, so from there on I became a full-time director.

Do you feel like your identity informs your work and the projects you take on?

Absolutely. How I see the world is coloured by who I am and what I have experienced. I come from a long line of livestock farmers. I belong to the 6th generation of farmers dating back to the 1800's and it’s very much part of my DNA. A farming life is beautiful, ugly, harsh and desperate at times. You have to develop a thick skin and pragmatic approach to life. As a kid I was left on my own a lot and I learnt to entertain myself. I lived inside my head a lot, my imagination was my friend, my flights of fancy afforded me an escape and still do to this day.

Growing up and throughout your career, do you feel like you’ve had visible role models of women working in film?

In the early days I was inspired by the documentary director Molly Dineen, she was one of the only female directors I was aware of. Her personal and intimate approach to film making appealed to me and she captured the human condition with authenticity and truth.

However the lack of female directors as I was coming up through TV was noticeable and it only reinforced the perception that women are expected to go into researcher/producer roles whilst men direct.

Even now, 20 years on from when I first started out I currently don’t know any other female directors in my circle. On the last few major blue-chip series I have worked on, out of a pool of 6 directors, across three different tiles, I was the only female director. Which just goes to show that even in 2021 directing in TV-land is still largely seen as a male preserve.

When it comes to the film industry the tide seems to be changing more meaningfully, with female directors on TV drama series including Sex Education, Ann Boleyn, Lethal White, Brave New World, Third Day. And in feature films Andrea Arnold, Emerald Fennell, Chloe Zhao, Lynne Ramsay, Philippa Lowthorpe, to name a few. The more we see women directors coming through, the greater encouragement that will give to other women.

There’s a perceived wisdom that women are good at organising and producing, which they are. However they are equally creative and talented in the field of directing. Stereotypes about women's skills and ambition are a powerful barrier to entry.

There is also undeniably a practical reason women either step back from directing or just take the route directly into producing . In my case, having children meant I couldn’t and didn’t want to be on location away from home, whereas the producing and series producing roles meant I could stay in the office. But I found myself managing a team instead of doing what I really enjoyed which was being in a visually creative role. After a few years I realised I’d been side-lined into a job that I wasn’t passionate about, so I made the move back into directing.

What are the biggest challenges women face when working in film?

You not only have to convince someone you have the vision and talent, but you have to break through the patriarchy. A large number of management execs and decision makers are male, and whether they realise it or not tend to cast those who are in their own image. Some commentators have suggested male producers who run the industry "can’t connect" with female directors as they can’t handle mature, talented women who want to run the show and I think there is a degree of truth in that.

Do you feel like you’ve been approached differently as a professional because of your gender?

Yes, it’s hard to evaluate how many jobs I don’t get or I get overlooked for in favour of a male director, but I have the feeling that it happens regularly.

Even though there is an apparent drive for diversity and lots of talk around giving women opportunities, even though I have proved myself with the numerous awards my films have received, I'm still not fighting off offers.

There is a preconception that women directors are not as technical, I have had male directors tell me how to shoot, what format and lenses to use, what F stop is preferable. Like I don’t know.

When it comes to pay, about 18 months ago I decided to start asking for equal parity when it came to my rate. Imagine even having to ask for that. I am employed to do the same job as the male directors, yet for some time I have been paid less than them. Having asked that my wage match my male counterparts I was shocked to see my rate increase by 10%.

Do you have any thoughts on how these issues could be addressed?

Women directed just 4% of the top films from the past decade. The stats are so shocking that we need positive discrimination to make the patriarchy address the issue.

There are now multiple worldwide initiatives geared to increasing the numbers of female directors, as well as writers, producers and cinematographers, Initiatives like #seenandheard, Times Up,  The Topple List, Film Fatales and The Annenberg Inclusion 4% Challenge. Whilst these initiatives are much needed they only work if they affect change and those in power act on them.

What advice would you give to young women who want to become directors?

Ask for it, push for it, demand it and if all else fails, take Jennifer Aniston’s character Levy’s advice in ‘The Morning Show’, “Sometimes women can’t ask for control, so they have to take it”.

Lastly, the #SeenAndHeard campaign is designed to use Equality Check’s platform to offer women a safe and anonymous way to speak out against inequality at work in an industry where that’s often very difficult to do. Do you have any thoughts on the campaign and its potential to help?

Anything that empowers women to speak their truth and be seen and heard, I wholeheartedly welcome. As women, throughout our lives we put up with so much sexism, chauvinism and discrimination that initiatives that allow us to speak out against inequality in a safe environment have the power to be lifechanging. #SeenAndHeard

In the past it has been impossible to speak out against inequality at work. Help Equality Check change that by taking 2 minutes to leave an anonymous review of your workplace. Your voice is powerful. Be #SeenAndHeard

Cecilia has a double first in English Language & Literature from the University of Oxford. Before joining Equality Check, Cecilia co-founded an award-winning film production group and worked at the Oxford University Filmmaking Foundation. Cecilia has a long-held passion for ED&I and hopes that her work at Equality Check will have a lasting impact on creating equal opportunities for the UK workforce.

Is coming out really still such a big deal at work?

How to use compensation programs to improve workplace DEI performance